It was the most sincere display of appreciation that my five-year-old son has ever shown.  He looked me straight in the eyes and said a very mature and worldly “thank you.”  The words were full of honesty, relief, happiness and a little bit of anguish.

“You’re welcome, baby,” I said looking at him with a smile and masking the pain I was feeling.  “You look so pretty.”

My gender creative son was thanking me for buying him a dress to wear to Christmas Eve dinner. He had eyed the ensemble at Target weeks ago and asked to wear it for Christmas Eve so he could take “fancy pictures by the fireplace and the tree.

I told him no.  Not because the outfit was made for girls and he is a boy, but because had I bought it then he would have wanted to wear it immediately and often and when…

maybe i should try this 5-day vegetarian thing

this is so poignant.

i loves me some latrice royale but i completely disagree with her when she said that gay unions should not be called ‘marriage.’ history will show that separate is not equal . it seems that a few decades after we determined this and people have already forgotten. one minority should certainly show more compassion towards another for the exact reason that they have both experienced the exact same type of injustice rather than the former voting to take away the rights of the latter simply because they now benefit from the rights as part of the majority.

another history lesson on separation we need to take a look at is that of separation between church and state. people, especially christians, need to realize that this part of the constitution is designed specifically to protect their rights to practice their religions without the threat of punishment. it should not be used to take away the rights of others.

it makes me happy to see that there are strong black leaders, like rev. dr. otis moss III speak out for the equality and the distribution of civil rights for all people. below is an excerpt from his recent sermon followed by the video:

we have the fingerprint of the divine upon our spirits. there is no doubt that there are people who are same-gender loving occupying prominent places in the church but for the clergy to hide with a quick dismissive claim of poor biblical scholarship is as sinful as unthoughtful acceptance. when we make biblical claim without sound interpretation, we adopt doctrinal positions devoid of the love ethic. deep faith may resonate in our position but the ethic of love will always force you to reexamine and prayerfully reconsider your position. the question that you got wrong is the question that should be raised: ‘should all americans have the same civil rights?’ this is different than the question ‘does the church have the right to perform or not perform a religious rite?’ r-i-t-e. there is a different spelling between r-i-g-h-t and r-i-t-e. these two questions are answered in two different arenas. one in the pluralistic arena of civic debate and the other in ecclesiastical counsels. i do not believe ecclesiastical counsels are equipped to shape civic legislation nor are civic legislators equipped to shape religious rituals and doctrine. the institution of marriage is not under attack because of the president’s words. marriage was under attack years ago when men viewed women as property and children as trophies of their sexual prowess. marriage is under attack by low wages, high incarceration and lack of education. marriage is under attack by clergy who think nothing of stepping outside the bounds of marriage to sleep with ‘preaching groupies.’ same gender couples have not caused high divorce rate but our adolescent views of relationships and our inability as a community to come to grips with the ethic of love and commitment. we still mistake sex for love and romance for commitment. my father eloquently stated to a group of ministers the other day that our ancestors prayed for 389 years to get a president of color in the white house. we led over 200 slave revolts, fought in 11 wars, one civil war where 600 thousand people died, women’s suffrage. people were lynched for the civil rights bill of ’64 and the voting rights bill of ’65. he stated his father never voted and he rushes to the polls to pull the lever for every member of his family who was denied the right to vote. he said that he will not allow narrow-minded clergy or regressive politicians to keep him from exercising his right to vote and helping to shape the future of his grandchildren. the economic crash, foreclosures, and attack on health care were not caused by gay and lesbian citizens. poor schools were not created by people who desire equal protection. we have much work to do. to claim that the presidents of the united states must hold your theological position is absurd. he is the president of the united states–not the president of the baptist community convention, not president or bishop of the sanctified church. he is called to protect those who are jew and gentile; male and female; young and old; gay and straight. we, as a church, if we dare still wait from the noise of this debate will be able to hear the voice of the prophet to say that we are called to do justice, live mercy and walk humbly with god. gay people have never been the enemy and when we use rhetoric to suggest that they are the source of all our problems, we lie on god and cause tears to fall from the eyes of christ. i am not asking you to change your position but i am stating that we must stay and dialogue and not allow our personal emotional prejudices or doctrines to prevent us from clearly seeing the possibility of the beloved community. november is coming and the spirits of ella baker, septima clark, fannie lou hamer, a. philip randolph, james orange, medgar evers, and martin luther king, jr stand in the balcony of heaven raising the question ‘will you do justice, live mercy and walk humbly with god?’ emmett till and four little girls of alabama did not die for a sunday morning sound bite where you can show disdain for one group of god’s children. they died because of an evil act by men who believed in doctrine over love. we live today because of a man who believed in love over doctrine who died on a hill at calvary in the dusty plain of palestine.’

take us to church, latrice.

there’s a video of will smith that shows him slapping some guy on the red carpet of the men in black 3 premiere in some european country. the fresh prince said that the guy got a little too fresh with him and tried to kiss him on the lips and then said that “he’s lucky i didn’t sucker punch him.” it seems to me that there’s a combination of his reaction to continuing gay rumors about him and jada and the crap american masculinity ideal. i’ve watched the video over and over again and it looks to me like the guy was just giving him a traditional cheek greeting as is common in european countries. as shakespeare said, the lady doth protest too much, methinks

is anyone else wondering why there is even an MIB 3? i mean, seriously.

me: so houston’s gonna be like a real big city and not like a fake big city?

boyfriend: if the economy keeps going the way it is, yes.

This video is here to demonstrate that the TSA’s insistence that the nude body scanner program is effective and necessary is nothing but a fraud, just like their claims that the program is safe (radiation what?) and non-invasive (nude pictures who?). The scanners are now effectively worthless, as anyone can beat them with virtually no effort. The TSA has been provided this video in advance of it being made public to give them an opportunity to turn off the scanners and revert to the metal detectors. I personally believe they now have no choice but to turn them off.

Please share this video with your family, friends, and most importantly, elected officials in federal government. Make sure they understand that your vote is contingent on them fixing the abuse that 200,000 passengers face from the TSA on a daily basis.

My legal battle against the TSA’s nude body scanner and… 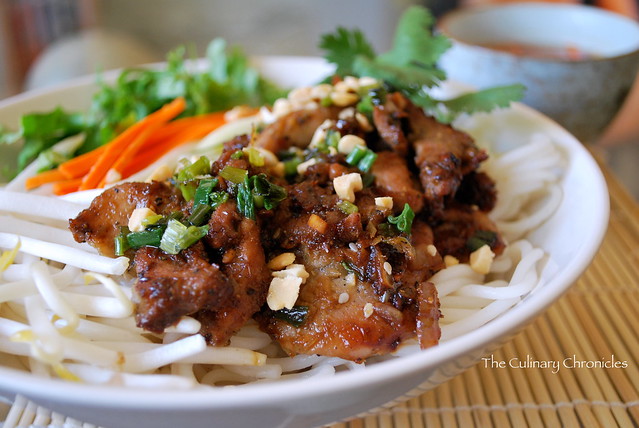 Our Mom was THE BEST cook…..seriously. She had a knack of creating such delicious flavors out of the most modest ingredients. And like most Vietnamese mothers, along side your serving of dinner, you would get several quick-tongue remarks and sharp attitude. 🙂

Lately, I have been finding myself missing my Mom a lot. And when those times come, I tend to gravitate towards recreating dishes and flavors that came out of her kitchen. Truth be told, most of my “mom-meal knock offs” aren’t 100% authentic. But that sure isn’t do to lack of trying! She was so quick maneuvering around the kitchen–throwing a little of bit of this and a little bit of that into pans that we could never keep up. Let’s not even begin to get into how she never measured!

So, on one recent weekend, I found myself recreating a meal that we often had…